Palytoxin incident in the city of Meridian in Idaho 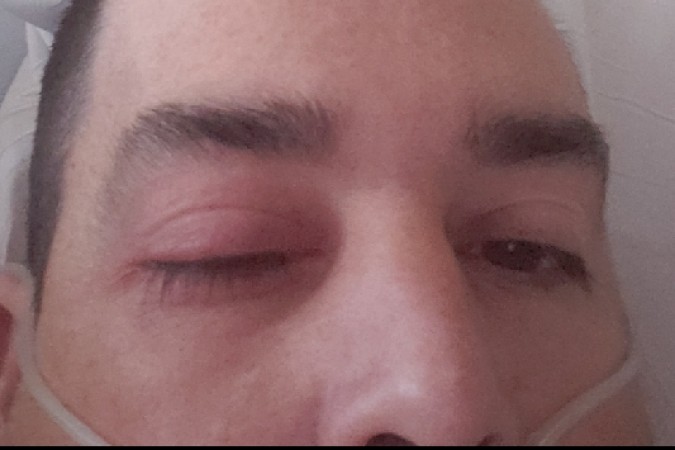 Saltwater enthusiast Tony Arellano was setting up his newly acquired 90-gallon tank in his home in Meridian, ID and in his search for rock found a good deal on Facebook. When he contacted the seller, the seller claimed that the rock was dry and that it had some dead coral on the rock. It seemed like a good deal so Tony bought it up to use for his new tank setup. 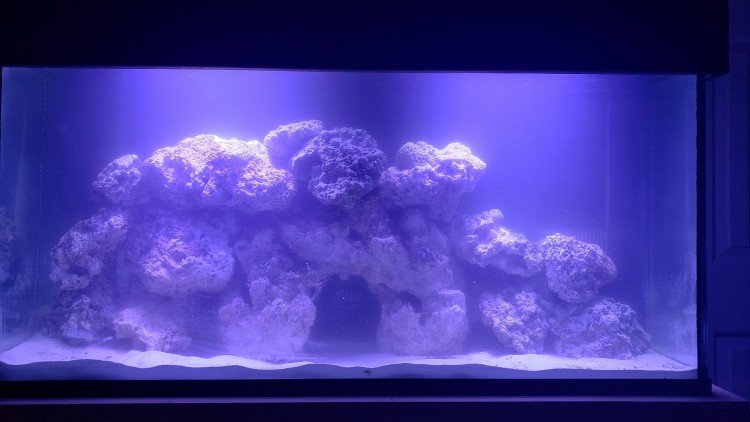 Tony later placed the rock in his tank and in the process cut his hand while aquascaping the tank. The following morning their dog was having trouble breathing. The family rushed the dog to the vet, the dog looked like it had an intestinal problem and would need surgery but the vet could not do anything until the blood pressure, heart rate, and temperature stabalized.

During all of the commotion, Tony rubbed his right eye with his cut hand. About 30 minutes later he felt something was wrong with his eye, it was bloodshot, it had become difficult to see out of and was becoming extremely painful. They left the dog at the vet and went to the hospital to have Tony's eye examined. Tony was at the hospital for about 3 hours while the doctors ran some tests. In the end, the doctors asked Tony to see an optometrist and sent him home. While at the hospital, Tony received a call from the vet, unfortunately, their dog had passed away.

On the way home, the family swung by the vet to try to find out what happened. The vet told him they think the dog ingested something, possibly something that had fallen off the rock. While at the vet Tony's eye had now swollen shut so they rushed back to the ER, the doctors suggested again that he see an optometrist and sent him home.

The next day the hospital called to follow up and see how Tony was doing. Tony mentioned he had a hard time getting up and slept until the early afternoon, his eye was still swollen shut and the redness around the cut on his hand had now spread almost to his elbow. The doctor asked him to stop what he was doing and go to the emergency room.

Tony went to wake up his daughter so she could take him to the ER and she also had a hard time waking up which was strange. While at the ER, the doctors found high levels of carbon monoxide in his blood. They brought in Tony's daughter to test her and found that she also had high levels of carbon monoxide. That evening his daughter was released from the hospital. Tony was admitted and would need to be transferred to ICU. All hospital personnel were required to wear a protective suit and a mask when in contact with him. Tony was released from the hospital 3 days later.

In the hospital, Tony was seen by a local eye center and they had never seen anything like this before. They claimed that 95% of his cornea was damaged and that he had little to no hope of restoring his eyesight. They also said there are only 9 other reported cases in the world related to Palytoxin and eye damage.

Once it was determined what was causing the problems everyone left Tony's house. Tony contacted the center of disease control, the health department, fire department and a few others to see if he could get someone to remove the tank and rock from his home. He had no luck. The central district health department told him that they could not help but they could tell him how to treat the tank to make it safer to move. It was a 90-gallon tank and they suggested pouring 10-gallons of bleach in the tank.

Tony, a mechanic, had not worked for weeks and was still not feeling back to normal. Local eye doctors claimed that in 6 months there was a chance that he could recover some of his eye sight. If his eye sight didn't improve he could possibly have surgery but they would have to wait and see.

As you can imagine this has put quite a bit of stress to the Arellano Family. The hospital bills are over $20,000 and that does not include possible eye surgery in the future. The family has set up a Go Fund Me account for anyone who wishes to help.

Good deals on Craigslist, Facebook, and local forums are sometimes hard to pass up especially in a hobby that is known not to be cheap. What could Tony and other hobbyist have done differently to prevent exposure to toxins found on rock?

You can never be certain as to what a hobbyist did or owned in their tank. Palytoxin issues seem to come from dealing with rock, most likely because the hobby rock is porous and in most cases, palys can shrink up to almost nothing making them very difficult to see.

If you find a great deal on hobby rock make sure to transport it safely and with proper protection even if it is dry rock. There are a few methods of dealing with rock and cleaning it before you use it. One method requires muriatic acid and the other method is called cooking rock (DO NOT ACTUALLY COOK THE ROCK). I prefer the cooking rock method.

Cooking Reef Rock (ONCE AGAIN, DO NOT ACTUALLY COOK THE ROCK, COOKING ROCK COULD CAUSE PALYTOXINS TO BE RELEASE THROUGHOUT YOUR HOME).

The first batch of water might be very dark depending on what all is on your rock. After each water change, the water should become clearer.

This process should kill off any corals that were on the rock. The only things left maybe some copepods and possibly some sponges. Once you are ready to use the rock, take it out of the container and place it in your tank if you have sponges leaving them exposed to air could cause them to die and cause an ammonia cycle in your tank.

I know you may be thinking 6-8 weeks before I can use the rock? Yes, play it safe don't introduce anything inside your home aquarium until it has been cleaned. It is not worth the risk. Look at the set up in your Local Fish Store (LFS) in most cases they have the rock in a dark container, with minimum flow, and in some cases a skimmer. If you have an extra skimmer feel free to use it, it could help speed things up if you remove the skim in a timely fashion.

Tony regrets ever posting anything about what happened. He claims that a number of so-called experts in the hobby immediately started to bash him saying that it was his fault and serves him right for cooking the rock, which he never did. He never tried to remove any of the dead coral from the rock, he just placed the dry rock in his tank. Kind of crazy how people immediately start to bash people for a mistake.

Next week, Tony has a trip to Salt Lake City to see an eye doctor. Currently, he says he can see some colors and movement with his famaged eye.

I know in most cases the individual did something to cause the toxins to release. I've heard of people actually boiling the rock, putting a blowtorch to the rock or something of that nature. There is still alot we do not know about corals. I've seen xenia come back from a dry rock. Could there have been some palys on the rock and once added to water in a stressed environment the palys released toxin to try to live?

I am not claiming that we have all of the details that caused the possible issue with Tony, but just saying that  things can happen in this hobby and we should all be careful.