THE EASY CLEANER SHRIMP TO HAVE IN YOUR TANK 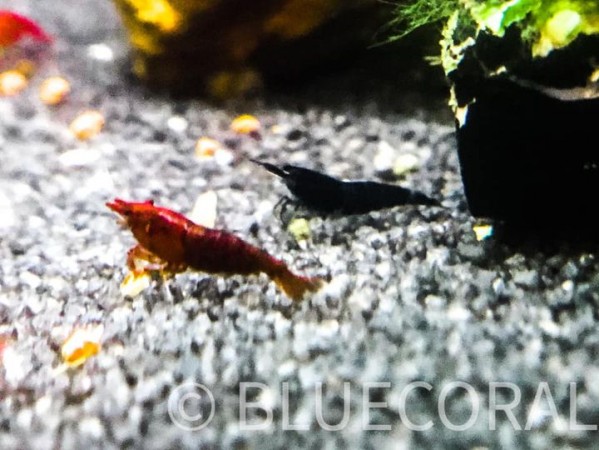 Symbiotic relationships are perhaps the most amazing thing that occurs in marine environments. But there are some that you can deliberately recreate in aquaria for example symbiotic relationship between Reef fish and cleaner shrimp. The cleaner shrimp set up “cleaning stations” in the tank where fish come and wait to be cleaned of any dead scales, skin and remove parasites from the fish. One important thing is that saltwater cleaner shrimp are carnivores, and their natural diet is based in animal foods. So, they won’t clean your tank from the algae.

The two groups of saltwater cleaner shrimp that are easiest to care for and feed are from the Lysmata and Stenopus Genera. This includes:

Blood Red Fire Shrimp or Lysmata debelius origins from Indo-Pacific and it is one of the most popular shrimps in the aquarium hobby. Its size up to 3 inches. The fire shrimp is primarily a shy, nocturnal creature, which means you probably won’t see a whole lot of them in your tank. Over time, and with some strategically timed feedings, you may be able to coax them out of hiding more frequently. They will go out looking for food when light is off, or during dim light periods. If their other tank mates or live plants don’t require very strong lighting, you can provide only a small amount, so you can enjoy your cleaner shrimp more.

Blood Red Fire Shrimp are incompatible with hawk fish or marine betas, but it is otherwise compatible with most other community reef fish and is probably advantageous if you are keeping fish that are notoriously susceptible to parasites, like the blue hippo tang.

Lysmata amboinensis is also known as the Scarlet Skunk Cleaner Shrimp because of the distinct pair of bright red stripes that outline the single white stripe running down its back. Native to the Indo-pacific reefs it can reach maxim out 2 inches.

Scarlet Skunk Cleaner Shrimp will eat a little bit of everything: skin parasites, prepared foods, frozen offerings, and even algae on rocks.

Scarlet Skunks are hardy, peaceful, tolerant, reef-safe, and can even be kept in groups. In fact, keeping 2 to 3 Shrimp is encouraged as they can be shy and retiring when kept alone. Skunk Cleaner Shrimp should do fine if you want to keep them in multiples, but they should not be kept with more aggressive fish species such as Hawk fish, Lionfish and Triggerfish who may go after them.

Peppermint Shrimp are small, peaceful, inexpensive Shrimp and can be kept singly or in groups. They will exhibit cleaning behavior but aren't as reliable as other species. Bu they are recommended to help control aiptasia anemone populations.

These attractive shrimps are peaceful and can be kept with other shrimp, including other members of the same species.

They generally prefer the safety of the shadowy ledges of live rock over being out in the open, but they do venture out to eat and hang out.

Stenopus hispidus native to the oceans of Indonesia, length that rarely exceeds 3 inches.

Banded Coral Shrimp are active cleaners and will groom any fish that comes near for skin irritants. Hardy, inexpensive, and striking, they are one of the best first shrimp species for beginners.

he banded coral shrimp can be very aggressive

Banded Coral Shrimp one of the more aggressive in fact they are known "Boxing Shrimp" because of the large pinchers on their third set of legs. These pinchers are often held erect and give the Banded Coral Shrimp the appearance of a boxer ready to fight, it does pose a risk to small fish, but it also feeds on parasites.

Copper: Absolutely no copper treatments within the tank, even in the aquarium previously

Proper saltwater cleaner shrimp care begins the moment they arrive at your home. These delicate creatures must first be acclimated to the conditions in your reef tank.

Cleaner shrimp are sensitive to changes in water parameters, temperature and salinity and they take quite a long time to acclimate. By doing this correctly you will reduce the chances of shock or death of your new shrimps.

Prepare your tank with the recommend pH, GH, KH, and temp for your shrimp. Have the tank set to these levels at least 3-5 days before you get your shrimp.

This allows your tank to adjust and gives you time to fix anything if it were to go wrong before your shrimp arrived.

Once the temperature is close to the same then proceed to acclimating the shrimp. When placing it in the tank, try to avoid exposing it to air.

Place the bag or bowl with your shrimps into the bucket, including the water from the bag. Acclimating shrimp should always be done with the drip method that can help to reduce shock.

Connect with a siphon the tank and the bucket, fix the control nozzle to one end of the tubing and place that end in your bucket and the other into your tank. And make sure that 2-3 drops of water every second pass the water pass into bucket. It should take roughly 1.5-2.5 hours for the shrimp to be ready. Once drip method is complete you should pass the cleaner shrimp in our tank leaving light off for the first 24 hours.

In general, cleaner shrimp are carnivorous invertebrates, meaning that their diet consists of meaty marine foods. From their cleaning activities/behaviors, they benefit from the addition of parasites, skin to their diets. But you should not rely on the cleaning behavior alone to meet their full nutritional needs alone. Feed them routinely, no more twice a week with prepared frozen foods, flakes, brine shrimp, flake foods and tablet or pellets foods, to ensure they get an adequate amount of calories and nutrition.