The best guide to mixing multiple Tangs in your marine aquarium 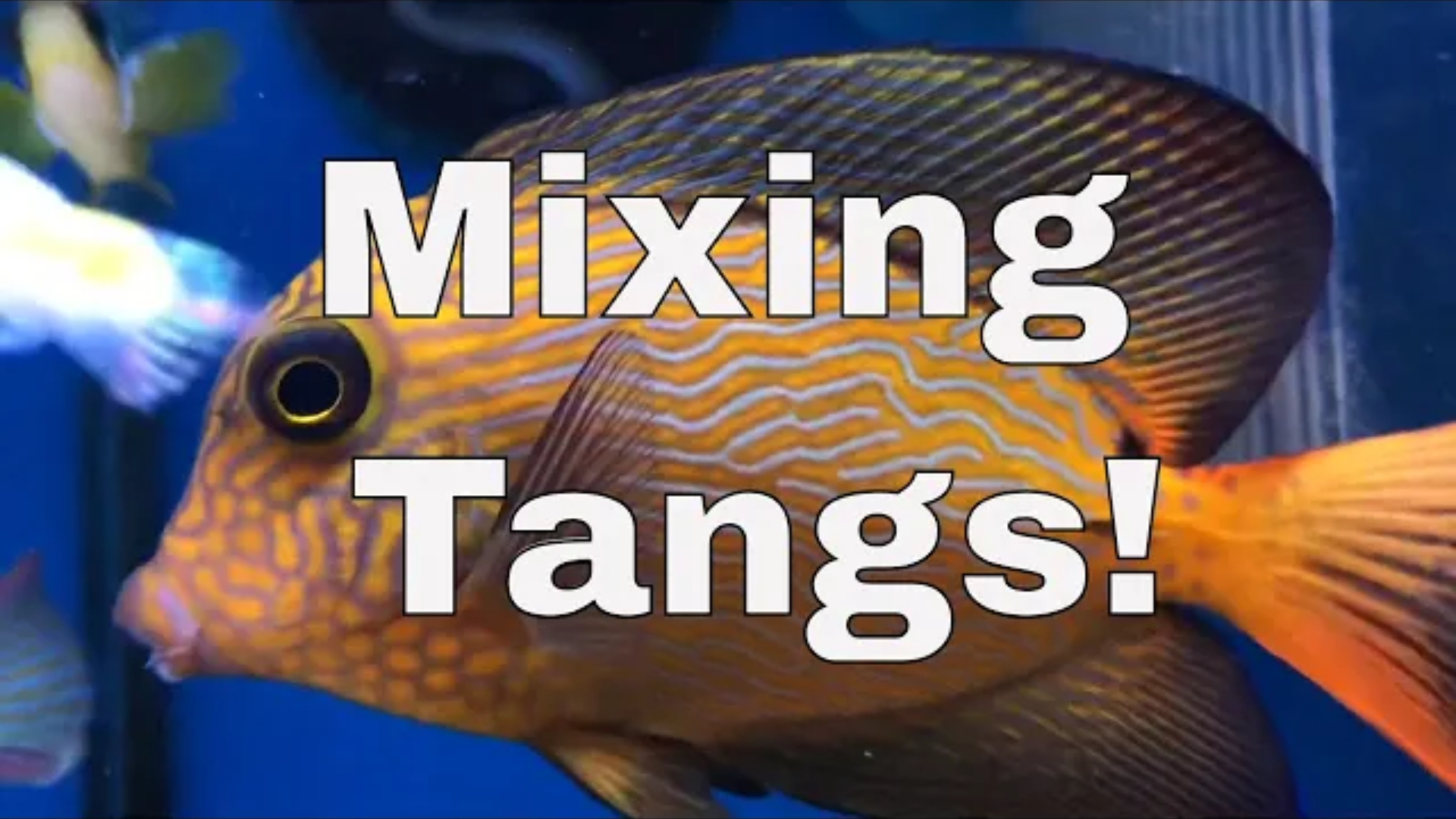 The majority of the information that we find on tags, states that we should only keep one per tank. This is absolutely good advice for beginners who wants to give themselves the easiest time as they enter the hobby. But it is widely believed that this information is very out-dated.

What most people believe is technically correct. There is no harm in keeping just one Tang in a tank and if you have large enough tanks and are willing to keep more than one then here are some steps which you can take to improve your chances of success. Let's start with the basics:

What do you need?

A 400-liters tank or approximately 105-gallons is a good start. Many people might have gone away with smaller tanks. Once you have tickets to this box, it mainly comes down to

Eventually, a hierarchy is formed and they stop chasing each other, each knowing their right position in the group. This hierarchy will change over time as some fishes will grow faster than others.

When it comes to stocking density the more Tangs you have, the better it is. The next factor is how they are introduced.

Introduction in the tank

This is the absolute key. Although the ideal situation is to add all the Tangs at the same time when they are juveniles, for most of us this isn't a realistic option and may cause your filtration system issue from the sudden large bio load increase.

Adding the new one at night

So, the best way to add them one by one is, add the new Tang in complete darkness with a red light. Most fish can't see a red light, therefore just change the LEDs to red and have them on a very low setting, this way you can see them, but they can't you and more importantly, they can not see each other.

If you do not have LED lights you can always turn your lights off and purchase a red LED torch for the same effect at a low cost.

Although there sometimes might be aggression the next morning, it is never as much as adding them directly to the tank in the middle of the day.

Using a mirror or a picture

If adding them in the day is the only option you have, adding a mirror to the side of the tank is a good time to try, this will distract the other Tangs from the new addition. Even a picture works sometimes, they aren't the brightest fish.

Another good idea is an acclimation box where the fish can get used to seeing each other behind the safety of a piece of plastic. At first, other fishes will show a lot of interest but gradually the interest fades away.

When it comes to Tang selection, Vampire and Bristletooth appear to be the most tolerant members of the family; With fully grown Sohal and Clown, Tangs are known to be the worst offenders. These two sometimes will attack not just Tangs but anything new fish, you add to the tank.

The Tang family has various branches and is best to mix different types of Tangs. For example, a Clown Tang and a Sohal Tang are both cancerous Tangs and look very similar; adding these two together will likely start an all-out war which usually only ends with the death of one of them. But Sohal and Yellow Tangs are very different and are more likely to get on.

That's not to say you can't keep multiple Yellows together, it is just a higher potential for aggression. Do a little bit of research before buying a new Tang; two Tangs whose scientific names start with the same word should be avoided for increased success.

A well-fed fish has nothing to worry about. You can food variety of food, several times of day, including

A variety in the food keeps the fish all fat healthy and happy. Nori is the easiest way to make sure you fulfill their natural algae-based diet. Failure to do this can cause all sorts of health issues.

These points will greatly improve your chance of success but there is still no guarantee that you will still have peace. What you can't allow for is the individual personality of each fish and some fish are just not good. The most important thing to take care of is, mix Tangs if you are willing to take the time and effort to catch a fish that is being heavily bullied.

It is our responsibility as fish keepers to do the right thing when required and more often than not it's not always the easiest thing to do. It is incredibly soul-destroying to add a new fish only to see it relentlessly bullied and then die and it is very unfair on the fish for you to let it get to that stage and do nothing.