Powder Blue Tang: do you really want one? 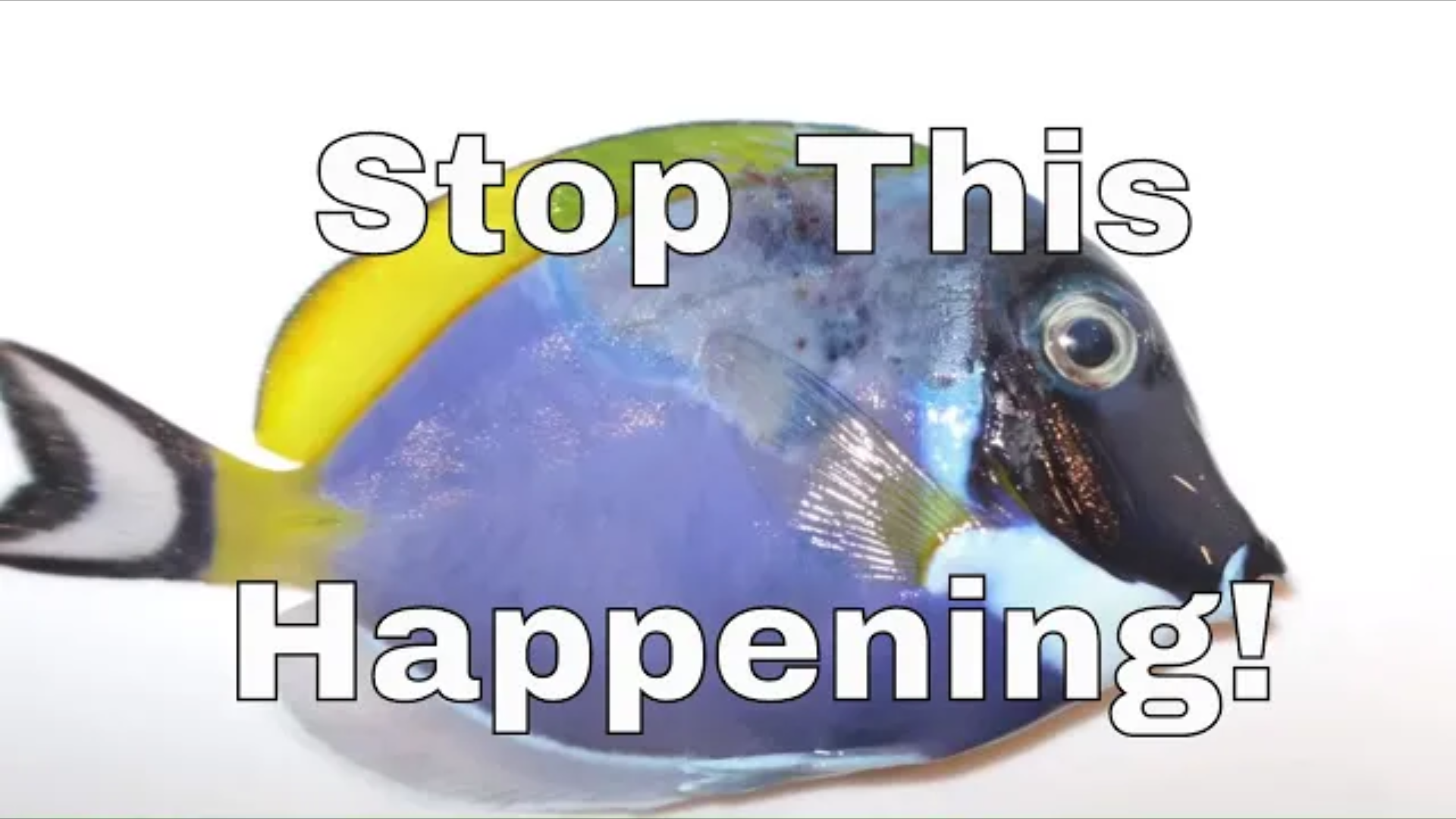 If you are looking for a fish that will try to shank any new addition using the blade at the base of its tail, the Powder Blue Tang might just be the fish for you.

To many of you, it will come to no surprise that this fish very similar to Achilles Tang fish. Both having the same level of aggression and similar sickly disposition. When it comes to keeping a Powder Blue Tang they can be just as frustrating as many others of their Tang family; as the majority of them have a low survival rate on average.

These fish are easy to recognize with their light blue oval bodies adorned with a yellow dorsal fin, creating a striking contrast. For many years you might be wanting a Powder Blue Tang. However, you may be resisting the temptation because of the horror stories and emaciated specimens, which to keep seeing in the shops.

These fishes poor survival rate is directly the result of two major issues.

This fish should only be purchased if you are willing to plan your tank around it. They need a considerable size tank with selective tankmates. A rectangle choice is a better choice than a cube as it gives them a larger swimming distance.

Something, that is often overlooked is that they need a tank with lots of flow. In the wild, they come from an oxygen-rich environment. Therefore we should try to replicate it in the home aquarium with multiple powerheads. Just keeping them alive isn't where the problem stops.

They are notorious for being very aggressive and once established. It's not unusual for them to try to kill any new tank mates. You might be lucky at first and they might appear to be pretty peaceful but as they grow older; they begin to show their dark side and becomes slightly more problematic with new additions.

When selecting a fish only select one which is actively swimming. Inspect them closely for any signs of disease and ensure that you see them feeding ferociously at shop firs. This last bit is the key to your success.

Assuming you find a specimen that ticks all these boxes it is still strongly advised that you quarantine their species this gives you a chance to monitor your behavior; while allowing the fish to climate to life in captivity in the peace and comfort of an empty tank.

You get to know what to feed

It also offers a variety of foods that the fish can taste at its own pace without any competition. This is important as these fish can be extremely finicky feeders and will go on hunger strike at the drop of a hat. A large tank and getting them more to eat more than one thing is key. And if one day it decides it is not interested in one type of food; you have a range of other options to try. This will also provide the fish with a more nutritious diet which will further strengthen their immune system.

Fish can and do learn to accept different types of food. Patience and in some cases tricking them is a good place to start. Over time this fish will become quite bold and even tame. Plenty of live rocks is a must as this fish will cruise the brickwork all day picking algae.

Please be aware that when you purchase this fish a white spot outbreak is virtually unavoidable for the average fish, but don't panic. Once fish has developed a white spot you need to decide when the appropriate time to act is.

Cause of the white spot

Stress causes the mucus layer; the fish produces to becomes thinner allowing the parasite to attach. Removing the fish from the display tank can be incredibly stressful and can cause more harm than good sometimes. For this reason, minor outbreak on this fish isn't too much of a worry and it isn't uncommon for us to have a few little white spots every now and again.

Sometimes the fish get covered with white spots and shed it by itself without any medication but just by feeding it more. And it will not infect any other fish in the tank in most of the cases. The suggestion must not be mistaken to be doing nothing at all. The thing is that removing a fish from the display tank is not only stressful for the sick fish but it can also be stressful for the other tank inhabitants as well.

So, to answer the question; do you really want a Powder Blue Tang? This fish can be a nightmare to keep.

However, If you are willing to put in the time and before to create the optimum environment; they can be a brilliant show fish that stands out above the rest.