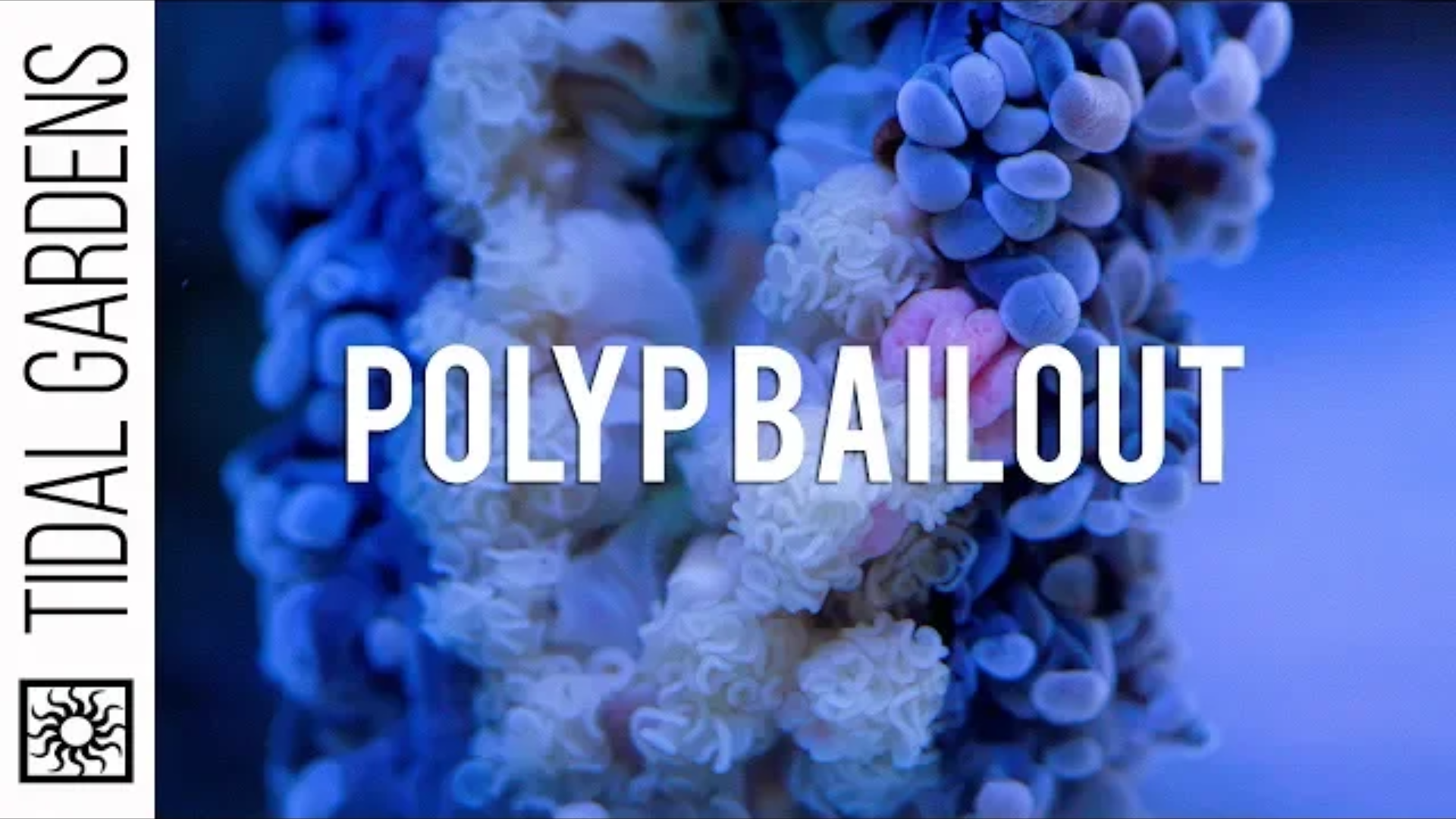 When it comes to reproduction, corals have a diverse skill set. They are capable of sexual reproduction as well as a variety of asexual methods such as :

There is however much fewer common methods, which is the subject of this article: Polyp Bailout

Poly Bailout is a stress response to unfavorable tank conditions that certain stony corals can activate as a last-ditch effort to save themselves. You may have seen corals express reaction in other forms, e.g regulating Zooxanthallae can be seen as a reason for increasing its population or bleaching which is essentially expelling Zooxanthellae.

Some corals prefer low light and as a stress response to too much light, they might form oxide radicals in their body that resembles bounce mushroom bubbles. When people first encounter this situation most of them mistake it for regular Rhodactis with horrible tumors.

Anyhow, those are just some fairly common stress reactions; but Polyp Bailout is a much extreme measure. During this process, polyps are killing off their own connective tissue through apoptosis which is like a program cell death, opposite to necrosis which is traumatic cell death.

It is a highly regulated controlled process. So, the coral's polyps bailing out due to stress are doing so in a directly calculated response to an exogenous threat. Despite not being a common occurrence, it can still happen in SPS as well as LPS corals.

A colony of Pocillopora or Stylophora might expel a hundred Polyp Bailout or only a small fraction survive and regrow on a more favorable substrate. this is in contrast with a large polyp stony corals like an elegance where it is just a single polyp with a sliver of a chance of survival after bailing out.

When things go right, it is a surprise.

The answer to this question is not actually much clear yet, but there are possibilities:

Small water volumes can either heat up or cool down very quickly and that could actually cause this type of stress response in corals.

A sharp change in salinity

It's not typically for a home aquarium to go crazy salinity-wise, but it could happen especially when the testing device has not been calibrated in a while and the readings might have actually drifted significantly.

Now, the animals in the aquarium may have a muted stress response to that salinity, because this change happens gradually. But the moment you get that new coral, it is going to be in a world of stress. Even if you took an insanely long time to acclimate it, there is a really big difference between acclimating a coral for an hour and slowly changing salinity over a few months. So, this can be a stress-inducing event that could activate polyp bailout.

Polyp bailout can also happen because of pests, or harassment by fellow tank inhabitants like a fish or an invert.

So, that was it about Polyp Bailout, though it is not a very common occurrence in the tank, you should still know about it.

This hobby isn't always puppy dogs and rainbows, and occasionally our tanks let us know when we are being an unfit coral parent.