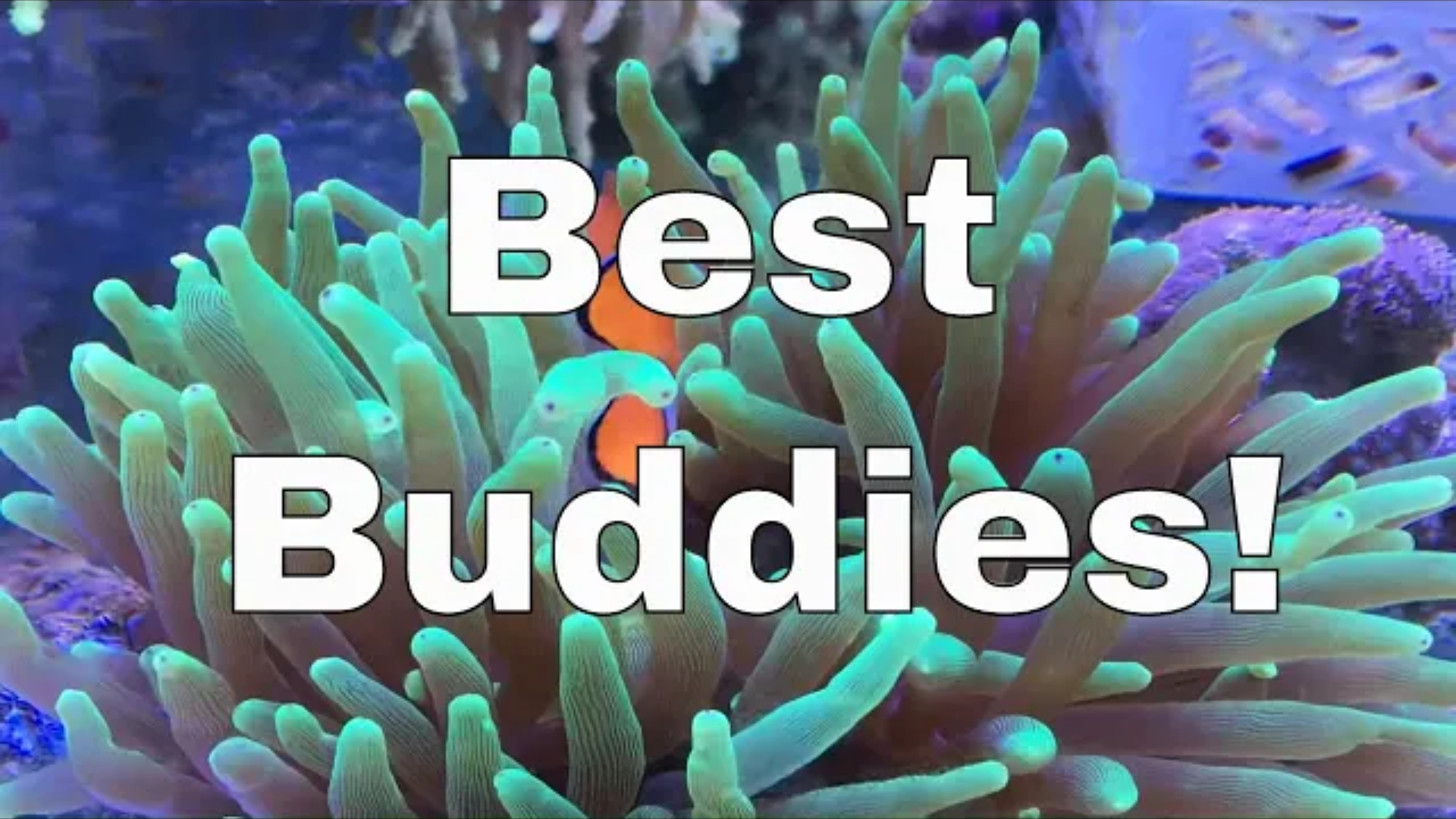 The symbiotic relationship between Clownfish and Anemones.

What is a symbiotic relationship?

A symbiotic relationship is where two creatures live together in harmony. Where each benefits from other's existence. You should know that in our tanks neither of these creatures need the other to survive and both can live completely healthy lives on their own.

They don't need each other in your aquarium

Many Clownfish these days are tank bred, they would not have seen any Anemones in their entire life. It is good that the can be kept separately because although Clownfish are beginner fish and Anemones a little more care and attention. Therefore, it should not be attempted by beginners

In this relationship, the Anemones protects the Clownfish from predators with the ovum fortress of deadly sting tentacles. This natural shield is an ideal location to raise their young. While also providing the fish with a food source in the form of excess scraps and damaged tentacles which the Clownfish kindly removes.

In return to this protection, the Clownfish defends its host fiercely from its own predators; which is the reason they are so grumpy. They need to chase away much larger Anemone eaters, that dares to get too close. It also provides its host with a full of nutrients as the Anemone will consume the waste excreted by the Clownfish, essentially paying his rent in the pole.

The fascinating thing about this relationship is that it hasn't always been smooth sailing. If a Clownfish looking for a new home just swam into a random Anemone, it would certainly be killed and eaten.

Gaining immunity is a delicate and somewhat painful process, where the Clownfish is stung a little bit each time exposing itself to the Anemone mucus. The fish then starts to replicate the structure of that mucus itself, essentially giving the fish a chemical disguise.

Not every Anemone shelters Clownfish

Sometimes it is said regarding a Clownfish refusing to choose Anemone as a host. It is right people, prepare to have your mind blown. The Clownfish, don't host Anemone, it's the Anemone that hosts the Clownfish.

Why is your Anemone not bonding with your Clownfish?

One of the main reason that people have trouble getting a Clownfish and Anemone to bond is that we are trying to bond the wrong types. So far, over a hundred different species of Anemone have been discovered. However, only ten are known to host Clownfish.

These remain ten are very selective when it comes to selecting a resident, with only certain Clownfish matching certain Anemones. A table for this can be found on google to show which pairs have the highest success rate.

Often, the hobbyist is trying to pair incompatible types and question why the match has failed. Having said that Clownfish have an instinctive desire to find a home and will sometime seek a different type of host Anemone or even a type of coral such as ZOAS or Euphyllia corals.

One of this to mention is that there is not only Clownfish which have evolved this relationship. Some Damesefish and invertebrates have worked out a similar deal.