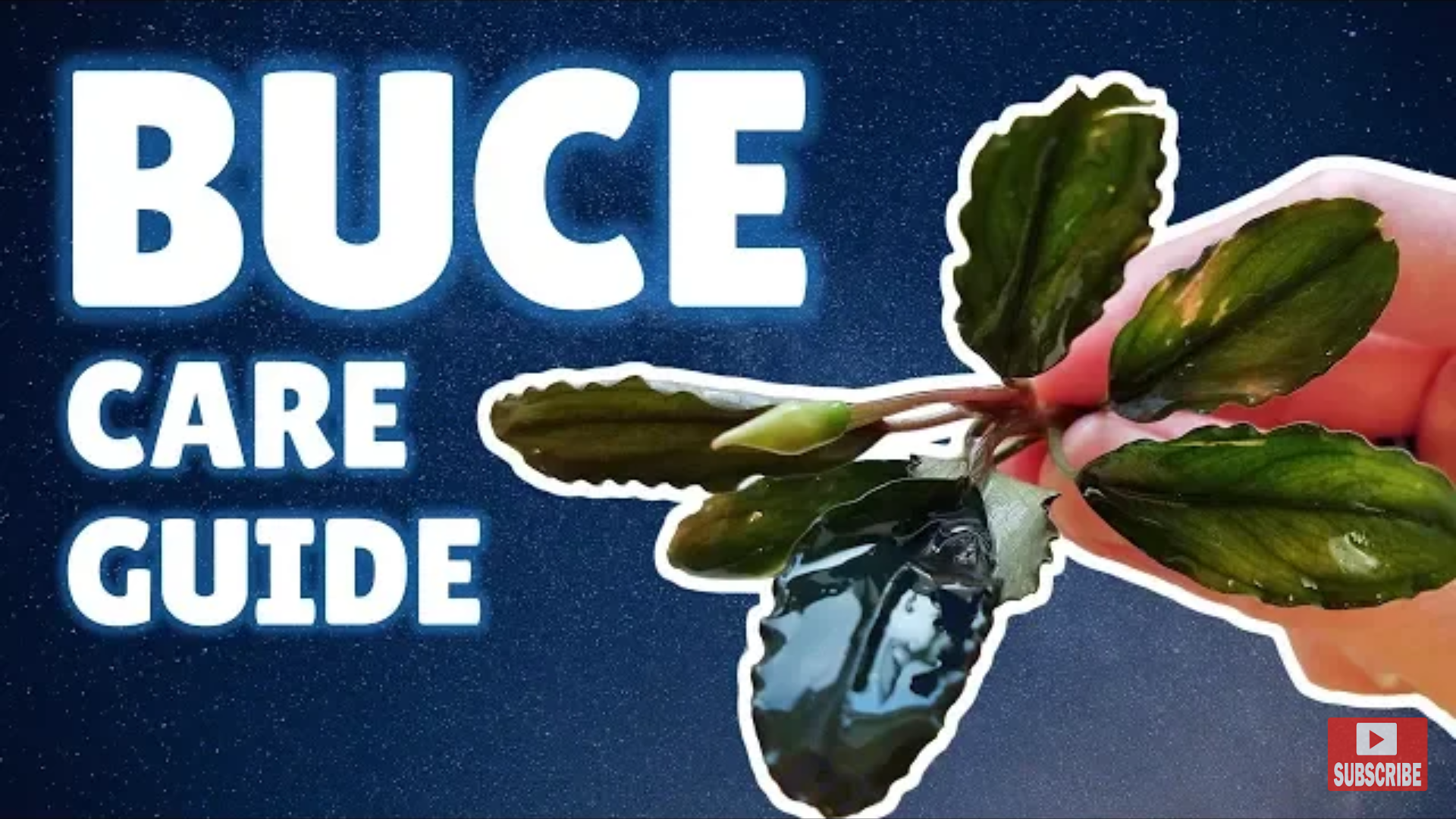 This is the plant that is found growing along the banks of fast-moving streams in Borneo, usually attached to rocks using very strong roots. Even though it is used as a submerged aquarium plant many times of the year it grows immersed out of the water because of the wet and dry seasons.

It is a really good foreground or mid-ground plants or as most people put it on the hard scape.

When it comes to appearance, the typical beautiful Bucephalandra has oval-shaped leaves with a wavy edge. But you definitely can see all sorts of variety that are smaller, skimmer larger, straight -edge and so on.

One of its distinctive features includes white-dots with some kind of iridescent on the leaves which makes it look gorgeous. The plants do produce pink or white flowers, although they do no usually survive underwater.

How to care for Bucephalandra?

The other side not is it does like good water movement because of its origin. It will really be benefited by some water column fertilizers.

Where to buy Bucephalandra?

The reason why Bucephalandra is so expensive because it is still new to the hobby and there are even some laws and restrictions to help stop the illegal import and export abuse since it is overharvested in the wild.

So, try to buy commercially raised or farm-raised plants if at all possible.

How to propagate Bucephalandra?

In the wild beautiful Bucephalandra will produce flowers that have scents that attract beetles to pollinate them, however as hobbyist the easiest way is to just get a pair of clean sharp scissors and then cut the rhizome to separate the Bucephalandra into two different pieces.

Just make sure that the pieces of the rhizome aren't too small.

How to plant Bucephalandra?

Bucephalandra also tends to melt they have sudden changes in water parameters like moving them from submersed to immersed or even moving them to a different tank. Do not throw the rhizome leave it in the tank, give it some time, and hopefully, you will see some new sprouts appear.

It is definitely a beautiful plant with iridescent leaves, pretty easy to take care of, perfect for low-tech and nano-tanks because it does not grow very fast and thick.

It is really expensive, it will probably melt and it is really slow-growing.