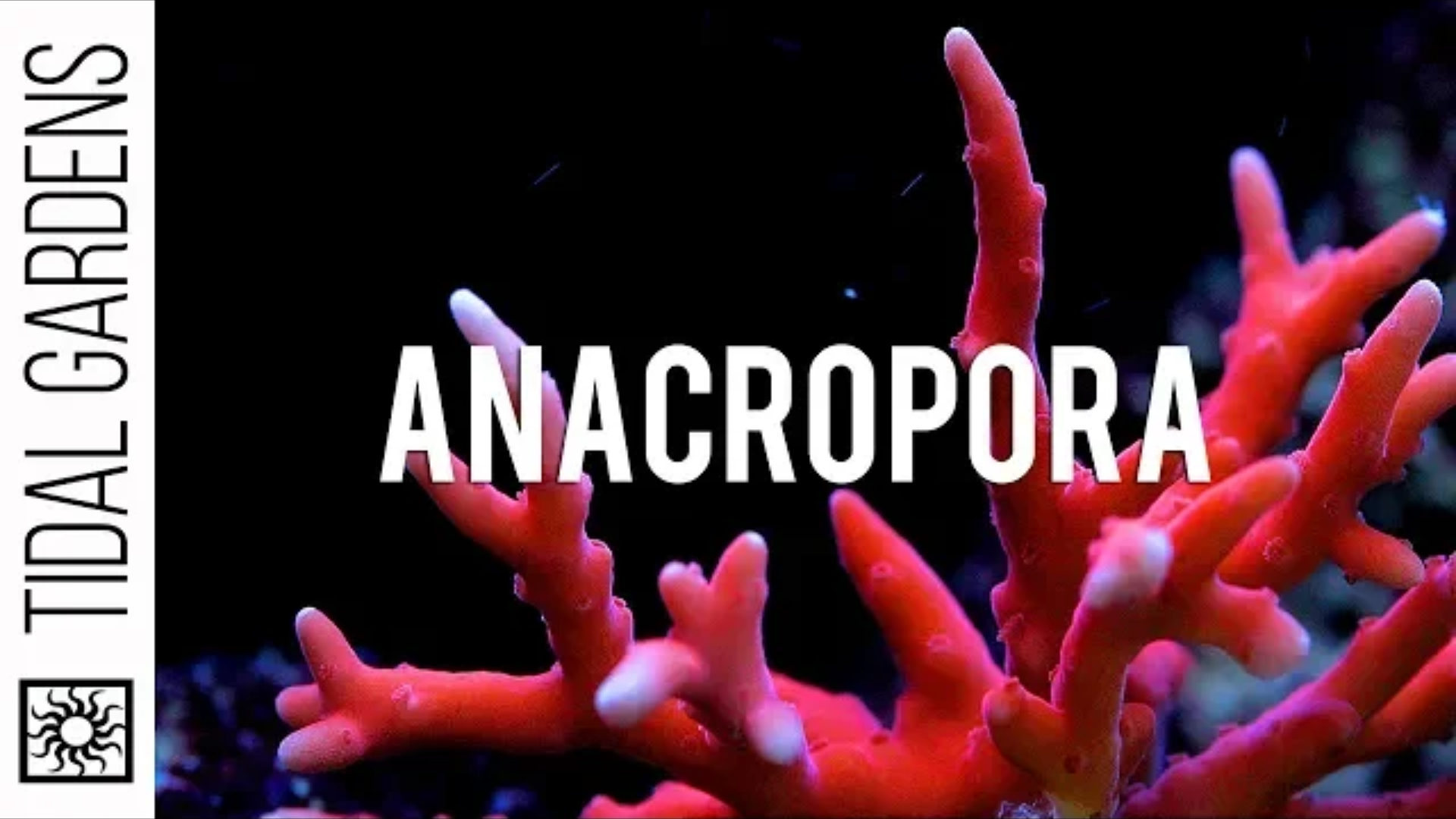 Anacropora is a fairly uncommon coral in the reef-keeping hobby. It is one of those corals whose scientific name is the same as the common name. The common name for this coral is Briar Coral but this name is more uncommon than the coral itself. Despite Briar being a somewhat fitting name because as the colony gets larger, the branches fuse resembling a Briar patch, it is not much used.

As far as classification goes, Anacropora is part of the Acroporidae family along with popular corals such as Acropora and Montipora. This coral looks like a more branching version of Montipora Setose, especially when you look at the polyps and how they are spaced out of the body and also how there are no terminal polyps at the tips of each branch like an Acropora would have.

There are only a few different color morphs of this coral available in the market, which is disappointing considering how many color morphs other corals in this family have. The few colors that this one has are:

There might be more variants in the wild, but their availability in the market is quite impossible considering the form place from these corals is formed in Indonesia.

One good this about this coral is that it is fairly hardy in comparison to some other SPS. It is a very fast-growing coral that is both positive and negative.

Fast-growing SPS makes maintaining water chemistry more of a moving target. Keeping the constant level of calcium, alkalinity, and magnesium is not terribly difficult early on, but as the colony grows to 10 or even 100 times its original size, they soak up a much higher volume of major and minor elements.

So, what worked, in the beginning, might not work so well later on. Once, the colony starts growing, keep an eye out for these parameters and remember that consistency is what to shoot for.

You should try to replicate natural seawater parameters. People like to keep their levels slightly higher than natural seawater because it provides a slight buffer in the event of a dip, but it's really more of a crutch because again consistency is the key.

The upside to the fast growth is that this coral can easily propagate.

It is recommended to keep these corals in medium to high light, anything from 100PAR to 300PAR. This coral will change color depending upon the type and intensity of lighting provided:

In addition to lighting, corals get nutrients from feeding. Anacropora, like any other SPS, isn't one to put on spectacular feeding displays, and many successful hobbyists don't make any special efforts to feed them. With that said, if you want to be proactive about feeding, take a look at very small meaty fare such as rotifers, and consider amino acids as well.

It is recommended to keep these corals in medium to high flow, but pay attention to the size and density of the colony. As the colony grows and starts to get bramble less and less flow gets to the interior polyps. So, it may be necessary to add flow as time goes on.