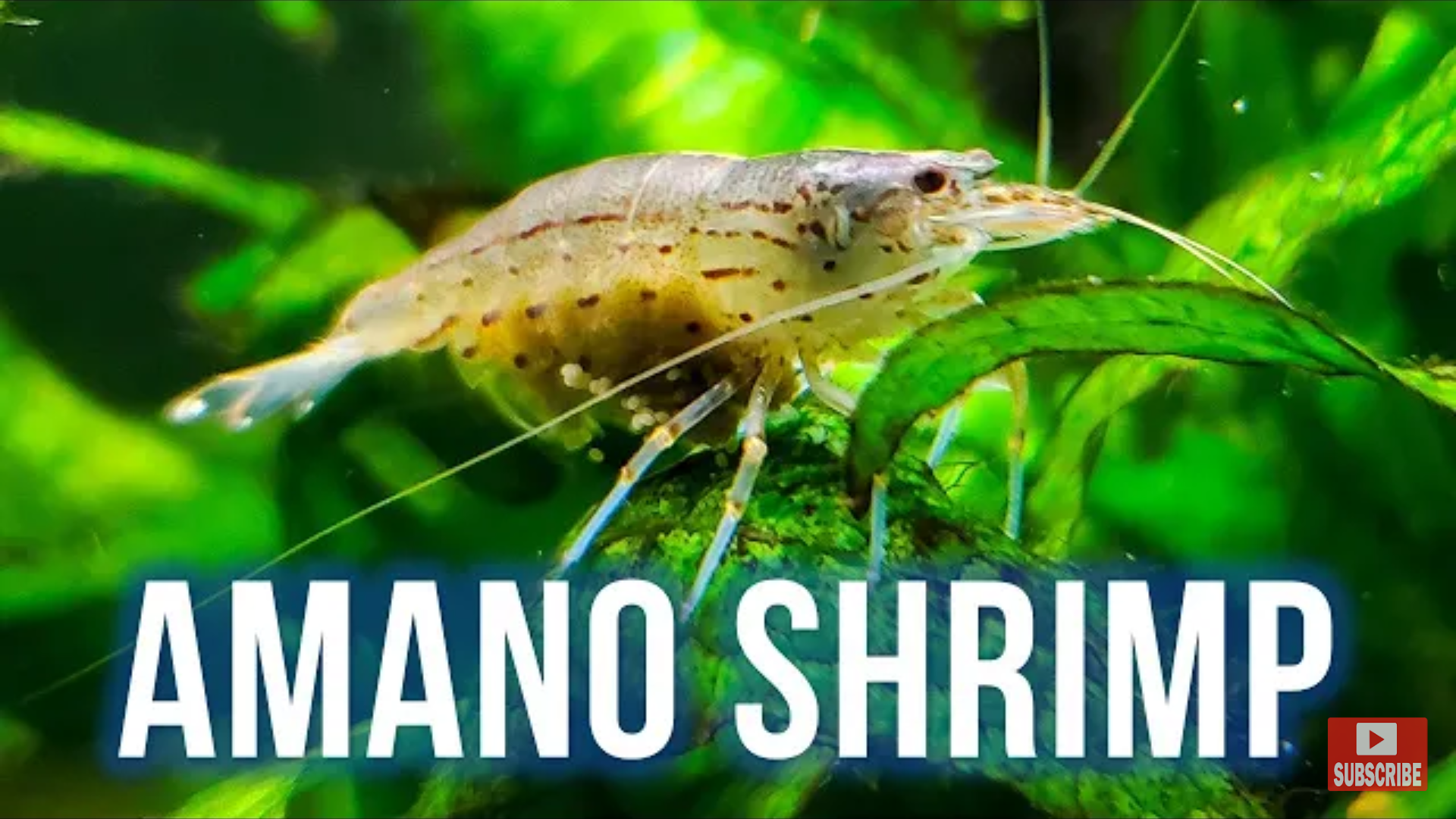 You are looking for an excellent algae eater that will become a permanent staple of your plant aquarium? Keep reading about the fantastic world of Amano shrimp and why you need to keep one.

If you are looking for something different from fish for resolving algae issues and think shrimps are cool looking, then Amano shrimp is for you. They are very hardy, as long as you do three simple things right.

What is Amano Shrimp?

Amano shrimp are translucent, clearish dwarf shrimp. You can pretty much see all of its organs inside. It has little brown dashes or dots running horizontally along its body. They are about 1-inch long, and the female can get about 2-inches long.

They are made famous by Takashi Amano, father of the modern-day aquascaping and implanted tanks because he found they were so good at eating algae of plants, landscapes, not so much from the aquarium walls; other shrimps and catfish are for that. They are also useful for scavenging for leftover pieces of food that are lying around any cracks.

In terms of tank setup, the general rule is one Amano fro every two-gallon. Well, you would like to have an abundance of them in your tank because they are so voracious.

Water condition, they are very hardy, they can endure a wide range of parameters—pH between 6.5-8.0 and Temperature anywhere from 65-80 degrees Fahrenheit.

They do like harder water so, a higher level of water hardness, especially minerals, to help with their molting. So, if you have soft water, maybe consider adding crushes corals in your substrate or your filter using wonder shells or anything else.

If you have a white, clearish shrimp potentially broken in half, it might not be a dead shrimp, but just it's an exoskeleton that has recently molted. On the other hand, if you see a shrimp lying on its side, with bright orange, pink or gray, then it might be a dead shrimp.

In general, Amano shrimp are pretty bold. The only time you might see them hiding is; if they have recently molted, they are a little shy afterward.

A lot of people ask about Amano shrimp and betta fish going together in one tank. The answer is maybe. It depends on how much coverage you have and if the aquarium is large enough.  If you have a 20-gallon tank, it works, or a 5-gallon tank will not do.

Guppies are another one often asked about. They do fine with Amano too. So, in general, yes to nano-fish and invertebrates whose mouths are not large enough to wat them versus no to medium or larger cichlids, goldfish, in general, bigger fish.

An essential thing to remember is that Amano shrimps are a great escape artist. You must have a tight-fitting lid and not just a top but cover every single shrimp size hole there possibly is.

They are very aggressive eaters. They will eat anything you put in the tank, preferably if it sinks to the bottom. If you feed them too well, it will ignore all the algae in the aquarium they are supposed to be eating.

Not a lot of people have success in breeding them. The larvae require saltwater, and you have to slowly step it up to freshwater as they are adults. It is just way too much trouble.

If you want to know their sex, then females are generally larger than a fully grown male. You will see eggs underneath her tail, abdomen area, that's a sure sign, and they tend to have brown dashes along the side of their body.

Versus, males are smaller and have brown dots all over the body. The good news is that they would not cross-breed with other types of shrimps so, you are good to go. If you want to keep a dwarf shrimp, you can breed and earn profit with it.