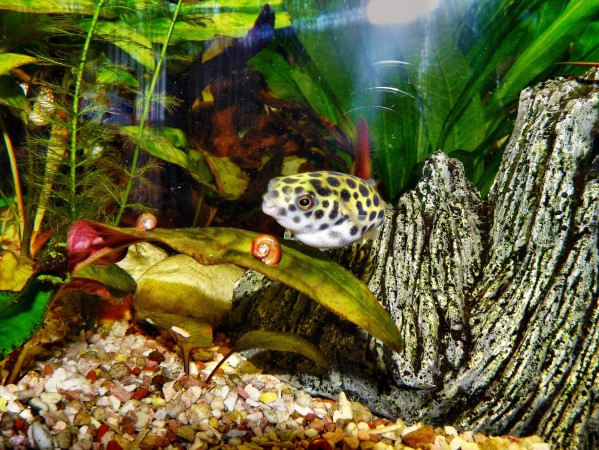 1. Dwarf pufferfish have teeth that are often referred to as beaks

Dwarf puffers have parrotlike beaks or teeth that are used to crush the shells of their prey. They feed on snails and other invertebrates as their main food source. 2. Pufferfish puff themselves up when they feel threatened

Pufferfish get their name from their defence when they feel threatened. This type of fish sucks in water or air to inflate itself. This makes it much harder for predators to swallow it since they are terrible swimmers and can’t necessarily get away.

3. Pufferfish are a delicacy in Japan

Pufferfish, not necessarily dwarf puffers but other species are eaten in japan after being prepared by a specially trained chef. These fish are potentially deadly when prepared incorrectly making it a bit of a risk to eat. The slightly poisonous flesh are known to cause tingling of the lips and mouth and a sort of high in its consumers. This dish is called fugu.

All kinds of pufferfish are poisonous, the dwarf puffer is no exception. Dwarf puffers should never be kept with fish large enough to consume them since they will poison and kill the predatory fish. Only sharks are known to be immune to the pufferfish poison.

Freshwater pufferfish are endangered not due to predators but because of their popularity in the aquarium industry. 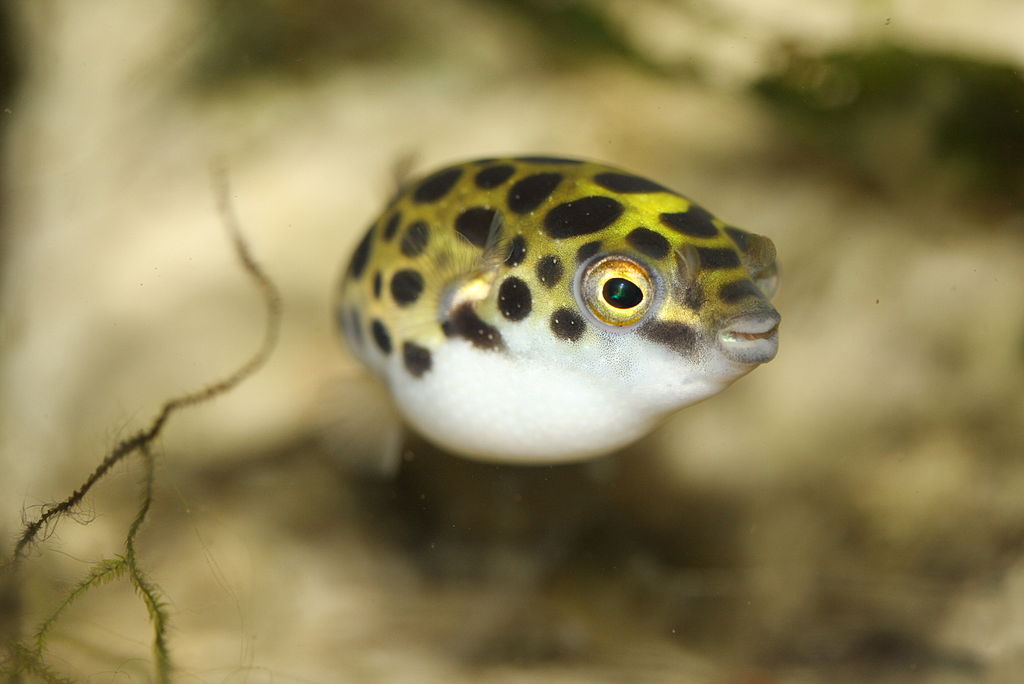 5. Dwarf pufferfish have no scales

These scaleless fish are very sensitive to water quality and diseases which makes them a difficult species to care for in an aquarium. Some species of pufferfish have spikes that add to their defence.

The main food source of dwarf pufferfish are invertebrates like snails. They will also eat algae if other food isn’t available but to stay healthy, they need their protein.

Because of their food source, a pufferfish has teeth that never stop growing. They are often required to crush the shells of snails and other kinds of invertebrates to get to their food. Without continuously growing teeth, they will wear down their teeth quite quickly and starve to death.

Puffers have fins that act more like rudders than propellers. They are capable of a burst of speed when feeling threatened but am unable to control the direction. If all else fails they will puff up trying to make themselves as unappealing as possible.

Like a chameleon, pufferfish are able to change their colour slightly to blend in with their environment. This chance usually only means they appear a bit lighter or darker depending on your tank background and lighting.

10. Pufferfish use their eyes independently

Pufferfish have excellent eyesight and can use their eyes independently also like a chameleon. This allows them to spot danger from far away so they can get a headstart to safety because of being terrible swimmers. It also helps them to hunt for prey.

I hope you enjoyed these 10 pufferfish facts. Maybe you’ve learned something new about your adorable little fish.